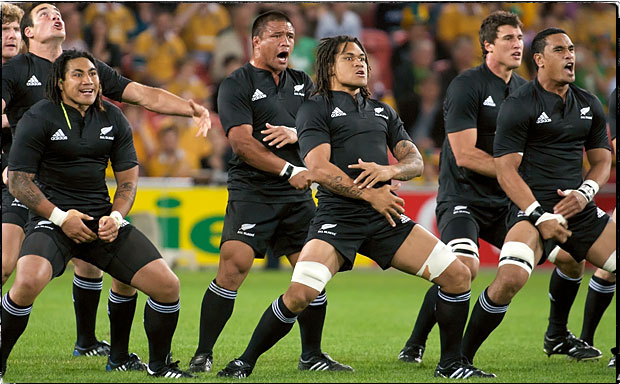 Is obesity good for you?

Some of the All Blacks team - Go on, tell them they’re  fat!

We know instinctively that being overweight is unhealthy. There is plenty of evidence to support this idea - obesity increases the risk of developing diabetes, heart disease and certain cancers and, put bluntly, it increases the chances of dying . [article]

But over the years several very large studies have looked at the chances of dying due to any cause (termed “all-cause mortality”), not just diseases associated with obesity, and compared death rates in different ranges of body mass index (BMI). BMI is a simple calculation - body mass in kilograms divided by the square of height in metres. It is an imperfect measure of fat stores (and the setting of the BMI boundary between “normal “and “overweight” is an interesting story in itself (read more), but BMI typically gives a good impression of how much excess weight a population (not a specific individual!) carries.

We might expect that populations with BMI values in the normal range may be at less risk of death than those in the overweight or obese range. In many studies this is proven to be the case. [article] However, a recent meta-analysis  of 97 separate sets of data containing information for almost 3 million individuals and 270,000 deaths suggested that being overweight was protective in all-cause mortality compared to the normal range. [article]

In this study those of normal body weight served as the reference group. As one might expect, those in the very obese group (BMI >35) had an increased hazard ratio of 1.29 - an increased risk of death. But those in the overweight (BMI 25-30) and obese (BMI 30-35) groups had hazard ratios of 0.94 and 0.95 respectively. In other words, compared to the normal weight group they seemed to have a reduced risk of death from any cause.

This was rather a surprising finding - after all we have learned about diseases associated with obesity, surely it could not be the case that being overweight was protective against death? Perhaps overweight individuals are more likely to survive illness because of extra energy stores, or recieve more attention in hospitals? In any case, a number of scientists suggested explanations for the result.

A major criticism was the use of BMI - this measurement does not discriminate between weight from fat and lean weight from muscle, bone and so on. The average BMI of the All Blacks team that played at the last Rugby World Cup was 29.8. One would have to be brave to accuse that group of being overweight.

In addition, perhaps that the “normal” group may have contained the ill and frail, or those losing weight because of undiagnosed disease or in an effort to reverse a disease process ? [article]  Perhaps the “normal” group featured smokers or ex-smokers, or undernourished individuals ? [article]  Importantly, it was pointed out that this apparent protective effect disappeared after the age of 65. [article] Given that our population is aging and that, presumably, death becomes more likely as one ages, these data are not so encouraging.

The authors replied to these criticisms and defended their method and interpretation.  [article] But what’s the moral of the story? Don’t necessarily trust BMI as an indicator of health in an individual, and look deeper if a scientific study suggests something that sounds too good to be true.

You are what you eat: personality and br...

Vending machines at every street corner, birthday cakes at work, and creamy Frappuccino’s on-the-go. We are constantly tempted by tasty energy-rich foods everywhere we go. Yet, many of us still manage to avoid gaining weight. Why is it that our waistlines respond in different ways to this ‘obesogenic’ environment? Since all eating decisions are made between our ears, it seems likely that not everyone’s brain responds the same way to food. We recently reviewed how personality relates to the way...

"Nudging" the consumer toward healthier ...

In policy making, there is a recurring demand that consumers be better educated at a young age, and more thoroughly informed about nutrition. There are frequent calls for a “transformation in the minds of consumers” – away from cheap, fatty, and sugary foods and toward nutritionally sound, healthy diets. Many political and social actors have attempted to change consumer knowledge, attitudes, and preferences in order to encourage healthier lives. Yet despite the efforts that have been made, policy measures aimed...

Some foods and drinks can seem easier to eat than others. Have you gone to the movies and ordered the medium sized popcorn? Or the large? The chance is that whichever you took, much of it was gone before the movie started. Furthermore, independent of the size of the bucket you chose, you may feel equally as full (or not so full and eager for more!).

To eat or not to eat?

Eating behavior and body weight are determined by multiple factors including genetics and environment, which interact in different ways defining our food choice and their long-term consequences. Therefore a profound knowledge of factors influencing food choice becomes more and more relevant as it can serve as a guideline to develop treatment strategies to stop the obesity epidemic in western societies.

Almost everyone today can relate to the terms ”comfort eating“ or ”emotional eating“. In a hectic world, the idea that people treat themselves to their favourite food in order to improve their wellbeing seems to be a compelling contributor to why obesity is on the rise. A lot of us are struggling with the daily hassles of our workplace or private lives from time to time, and if eating “comfort food” provides a quick solution to restore one’s mood, this...

Snacking - a cause of weight gain?

As the world’s eating habits are changing, so are our waistlines. A hot topic in the field of obesity is whether frequent snacking can contribute to the obesity epidemic. It has been suggested that the effect of snacking on body weight is most likely down to the size and type of snack. Many nutritionists urge people to snack; to eat little and often throughout the day to keep energy levels up. However, many people forget the nutritionist’s definition of...

The neurobiology of food choices in hung...

Grocery shopping on an empty stomach might not be the best idea when trying to lose weight. Food becomes more attractive when we’re hungry and we seem particularly susceptible to the luring properties of high-energy dense food like pizza or chocolate. Hunger and satiety are important in controlling daily food intake and securing adequate amounts of energy and nutrients. These physiological states influence food consumption and the food choices we make. In Nudge-it we explore the underlying brain mechanisms of...

The importance of early-life experience

Our bodies and behaviours are products of our genes and our environment (with a bit of randomness thrown in). Our genes are relatively fixed, but the body they build is not, and nor is the environment. This changing environment can change our bodies (obesity is a good example), and penetrate further, even to change gene expression. This is a life-long process but there is a great interest in how early-life experiences, like stress or exposure to high-energy foods in childhood...

How do we choose what to eat?

How do we choose what, when and how much to eat? It’s a simple question but a complete answer is currently impossible to give. Of course, we need the energy and nutrients present in food to allow us to live, and this idea of energy balance is familiar - we use a varying number of calories each day and need to replace them. But it is certain that we don’t eat only because we’re hungry. Imagine that eating was driven...